So here are the pics of me and my kids playing Lego Fudge! 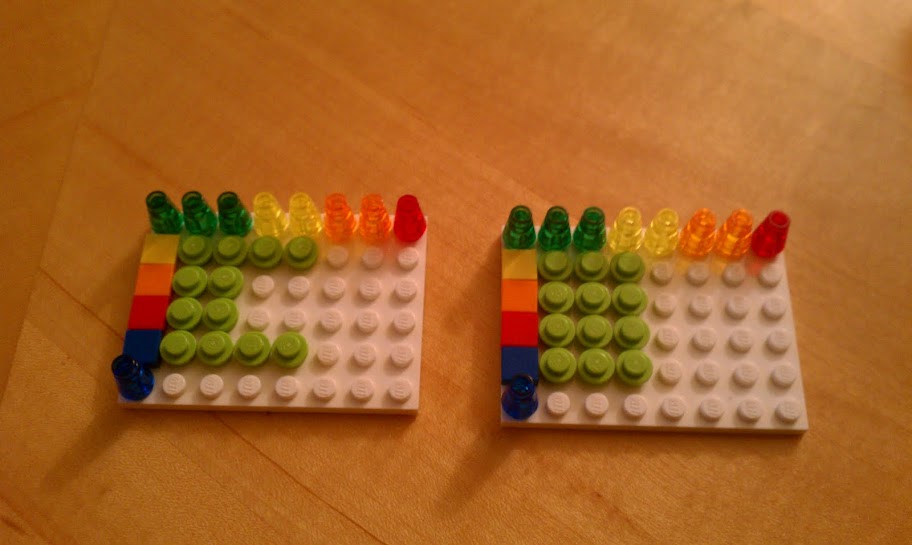 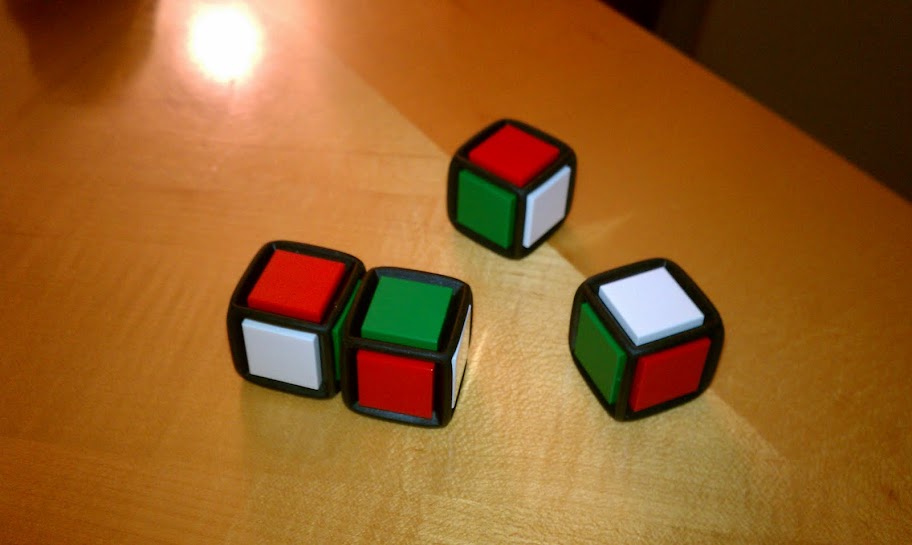 Next is my daughter Calen refusing to open her eyes for the camera because she is shy. You can see her character sheet, her thief figure, and her items before her on the table. 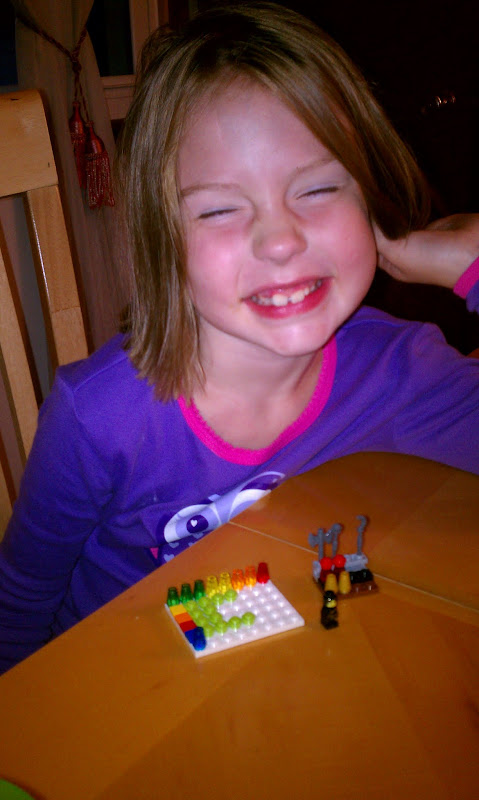 My son Liam on the other hand proudly displays his barbarian! 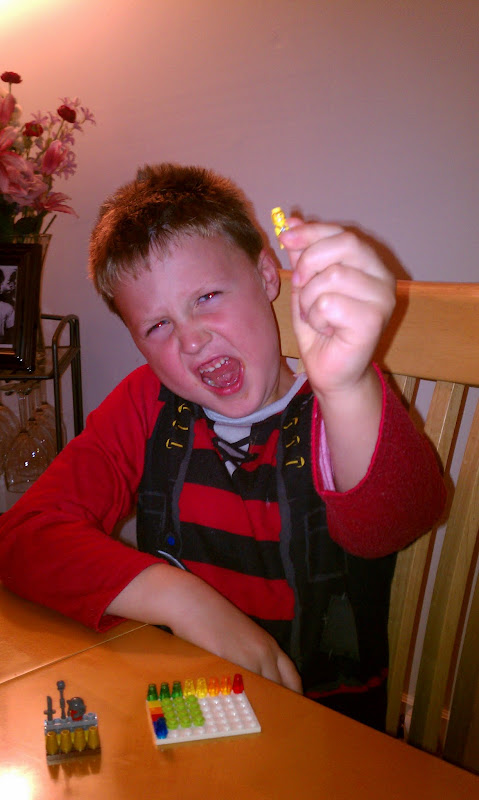 With the Lego dungeon before them, and with their teeth brushed and their pajamas on so that immediately following the game they can go to bed, my kids prepare for their first Lego Fudge adventure! 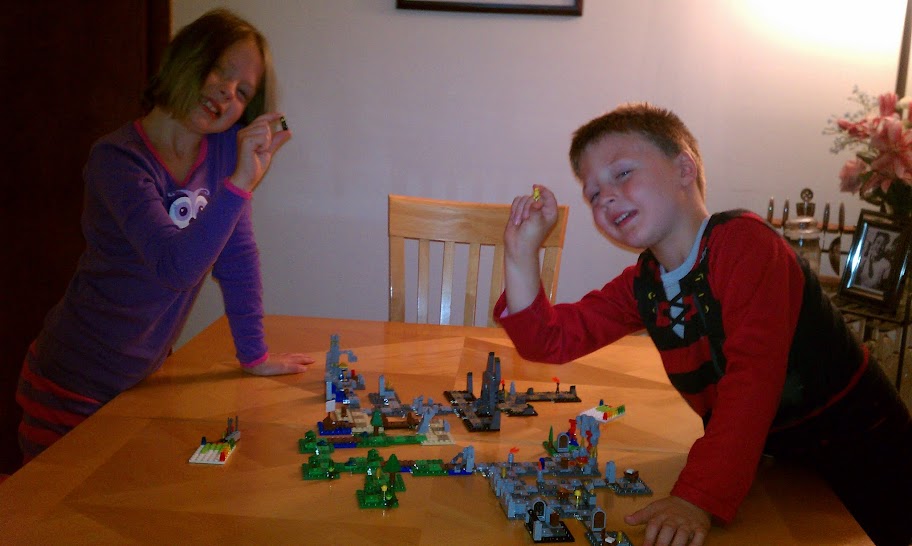 The first thing that the PCs faced was a werewolf who made a quick appearance, but then took off when giant spiders crawled out from under an old bridge. I did not take any pics of that, but I did snap some pics of the werewolf’s return! Plus the barbarian accidentally activated a magic “water axe” trap. 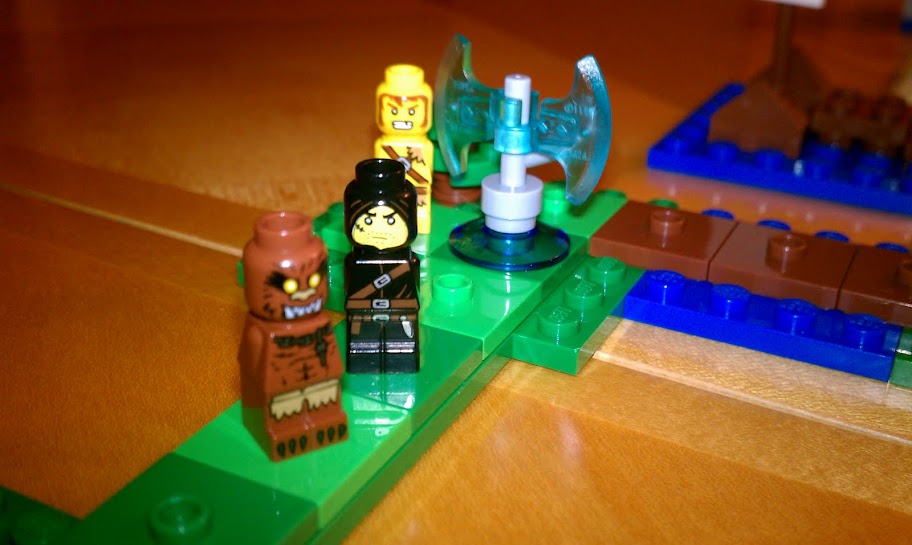 The werewolf got away again, and the PCs need to find out how to stop him for good. They were hurt, but the thief discovered a strange plant with healing properties. 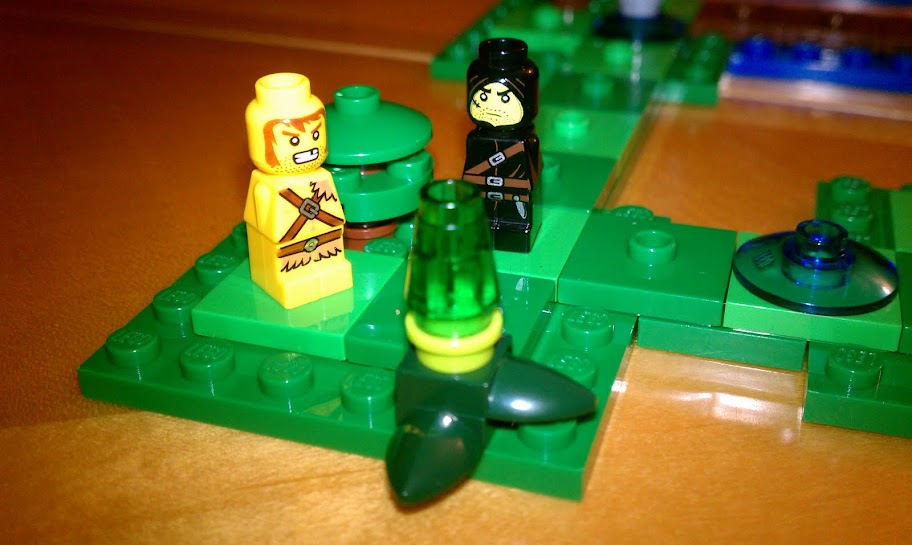 The barbarian used his wits to turn the plant into a healing potion (the beauty of Legos is that I could take the “plant” apart and turn it into a “bottled potion”). 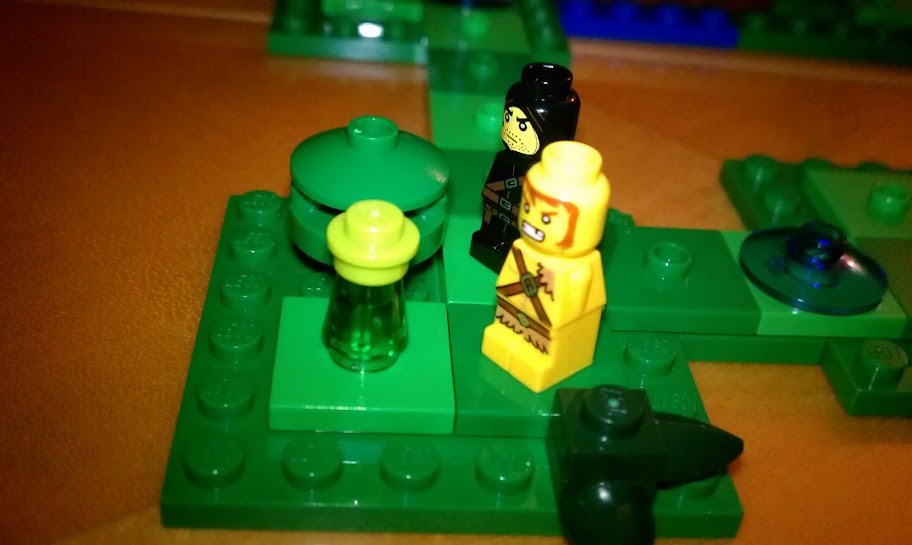 It was about this time that my wife came home from meeting with the kids’ teachers and it was time for bed.

I had a great time playing Lego Fudge with the kids, and they seemed to enjoy this very simple RPG. Calen was beginning to understand how the game works, while Liam just wanted to roll the dice and have me tell him what happened instead of figuring out his dice rolls. That is fine though, because he is only five years old.

Next time I plan on having the PCs discover how to defeat the werewolf once and for all, and I’ll introduce the dark druid who threatens all of Heroica.

That is all for now. Later folks!

← Too Many Projects!
What Projects are On Hold →